Summer is definitely here! This weekend is hot with expected highs today and tomorrow of around 90 F, probably higher. On top of that, there's not much wind. It's always windy here on the prairie, except on hot days (of course). (edit: it got windy!)

This morning, I had intended to ride my horse while it was cool--I've hardly seen him all week because of my already busy schedule. However, it was already hot this morning by the time I brought him in from his pasture where I have him boarded. So, after cleaning him off and spraying him down with fly spray, we just hung out.

I like to get him away from his herd when I can, as long as he's confident. Ruining a horse's confidence by pushing for too much will set you back. He's been gaining confidence in me over the nearly three years that I've had him--we have it solid in groundwork, but everything is different when a horse can't see his herd leader (human or horse). I know how different horse personalities are and have worked hard to push him just a little bit at a time so that he has to think about something new but then soon realizes that he's all right and feels more comfortable. I like a horse that is calm and confident, not simply containing himself because he doesn't feel like he can express himself; the just-getting-along-to-get-it-over-with horses end up blowing up at some point.

So, I took Buddy out to graze in the ditch out front, away from his herd, where the grass is untouched and tall. We've done that before, and he doesn't necessarily like it, but he settles down and enjoys the change, especially the alfalfa. Once he settled down, and when he was in a spot where I had a ledge, I took the opportunity to get on his back and enjoy the view. He hardly moved. The grass was thick there and he was content to just stay in one spot. 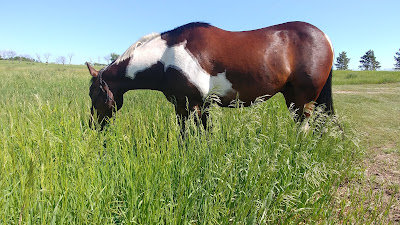 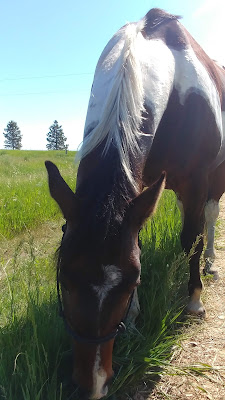 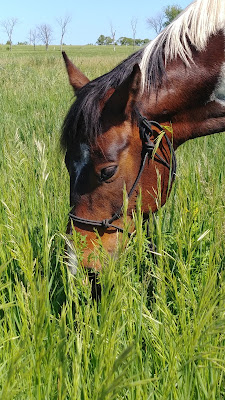 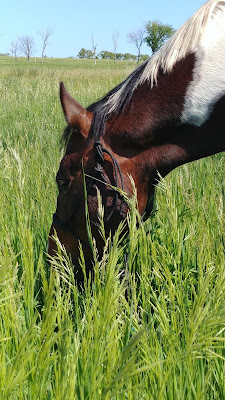 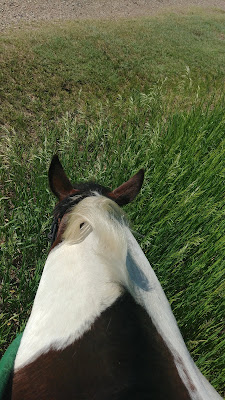 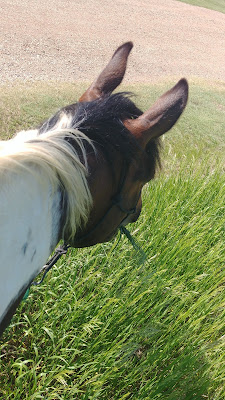 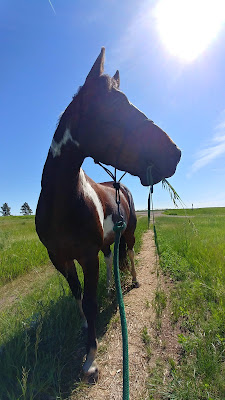