a household of cats

It's time to lighten the mood. Just for fun, our cats with lots of pics.

First up is Suki, who turned six this year. She is named after Suki from Avatar: The Last Airbender. 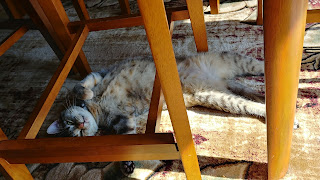 Next up is Jack, our youngest kitty, who turned three years old this year. He is a rare brown tabby tuxedo and loves boxes as much as he loves being up on the cabinets. He jumps up directly from the counter to the top of our cabinets, for now. When he gets older, I hope that quits, Jack is named after all the goofy Jack characters (Jack Sparrow, Jack Fenton, Jack O'Neill, etc.): 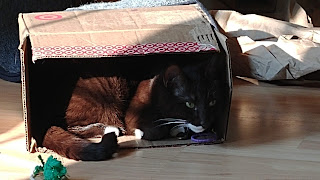 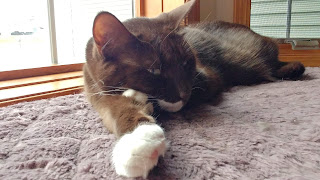 Our next kitty (second oldest) is Dargo, aka "momma's boy" for his tendency to always snuggle with mom (me). Dargo will be eight years old soon. He is our only registered cat (TICA registered Siamese) with a birthdate of 10-10-10, or in binary 42, which is why his registered name is Dargo Zaphod. I wanted Dargo Beeblebrox but hubby thought the Zaphod was better. Dargo is primarily named after Ka D'argo from Farscape. Also, Dargo is so smart that if you ask him "Are you hungry?" his head will snap around so fast, you wonder that he doesn't get whiplash. At fourteen pounds, he's a big cat, but he doesn't look fat, although he could stand to lose a pound to be just right. 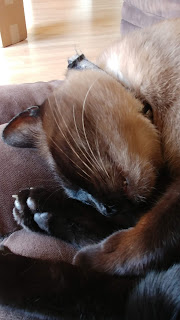 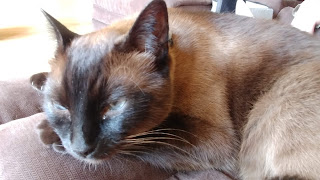 Last of all, we have Padme, our first and oldest cat. We've had her since she was two and she just turned fifteen this past week. Happy birthday, old girl! For several years, she's had to get medicine for her hyperthyroidism. We had considered RAI but we felt it would have been too much stress for her. I can relate to what she deals with, since I now deal with hypothyroidism. She's a sweet old girl who used to be shy but now is at a point where she welcomes anyone who comes in the house while the others hide. She loves attention and warm laps. 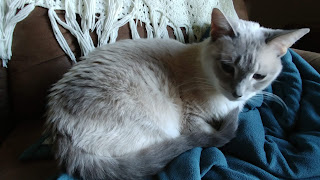 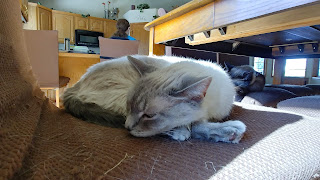 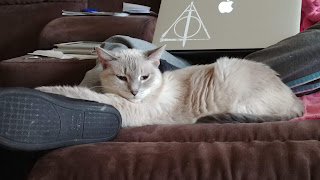 Dargo and Jack are BFFs and love to rough-house together, as boys do, especially right around meal times. And they snuggle on the bed or in the window: 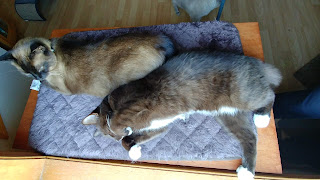 ps: most of these have been posted to my instagram account at some point recently. You can find me at instagram.com/melanienilles_author .