Writing a story is quite the adventure in itself, and not only in what happens to the characters. Rather, the process of writing each book is quite an adventure.

Then, we move on to drafting. That involves the nuts and bolts of what we consider a story: writing out scenes, action, descriptions, dialogue, etc. Basically, telling the story.

Then the rewriting happens. Adjusting dialogue, changing details, adding/taking out lines of dialogue/scenes, sometimes even removing whole scenes and chapters and completely rewriting them from scratch. This is a long process with lots of sulking and contemplation.

Then the editing happens. There are different stages to editing. Rewriting and editing go hand-in-hand. I consider rewriting to be far more than editing, however. To me, editing is the refining work that happens after the major rewrites. Editing is broken down from the content edits at the most extreme, beginning end of the process to copyediting, which is simply the grammar, punctuation, and word usage. By the time that's done, the book should be finished.

The real adventure happens before the editing, when we're sweating blood to make the story work. Vault of the Celestials has been quite the adventure since the beginning. It hasn't been easy, but it's not simply action. This one is more in depth in the characters' psyches. I have some personal issues to resolve for them before they can move into the next stage of their journey. Figuring out how to do that hasn't been easy.

I've completely rewritten the first chapter to give it a literal "Bang!" ... More like a "Crash!" as I mentioned previously. And the second chapter worked much better from a different character point of view than I had originally written it. By the time I got into the third chapter, I had a better idea of how to make this story work, but I still hit a bump in the road a couple chapters later. That's when I realized that I had it all wrong.

Once I took out what I thought needed to be done and followed where the story was leading me, everything flowed again... like a mountain stream! It poured through my fingers to the keyboard. Yesterday, I wrote a whole 2,500 word chapter in one sitting! It was a wonderful feeling. And later, I picked up and could have written another chapter, except that it was late and I needed to get to bed.

Today, I'll pick up where I left off, but each day brings a new mindset. Today, I was in the mind to change one little detail on a different book, a detail that has been bothering me since it could be misconstrued as a symbol of our modern politics, even though the story is set in a parallel world with totally different politics. All the updates are uploaded now, so that detail will be gone. No one said anything, but I didn't want anyone making judgments one way or the other, especially those I agree with! I write about made up worlds and just do whatever works in the story. What I had works, but my audience lives in this world, and that needs to be taken into consideration. It wasn't an issue when I first published the story, but it's become a symbol of politics since then. 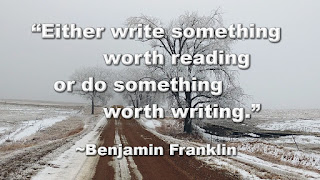 With that done and the weight off my mind, I am focused again on this story. I've been making notes about Vault of the Celestials and figuring out what needs to happen to make the story interesting and give it the ending that satisfies the issues presented to the characters at this stage of their journeys. I love problem solving in this way; it's what keeps me excited. I never really know what might happen until the time is right that it's revealed to me.

This is the joy of writing for me--not only the adventure I share with the characters, the personalities on the page, but also the adventure of bringing an idea to life in a way that means something to readers.

Next month, I'll reveal the cover for The Rule of Yonder when pre-orders become available. Look for that book in June.
Posted by manilles at 3:16 PM