This is a new fantasy series under my pen name of M.A. Nilles. This is about a land ruled by demonlords and magic in which humans are little more than cattle but growing in threat to their masters. The first book, TIGER BORN, is temporarily unavailable but will be back soon. 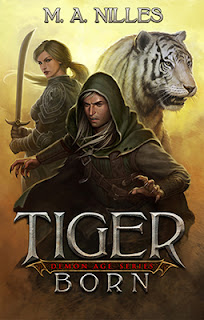 Je'Rol is a man destined to die. Each day is a blessing and a curse on a world where he and those like him are feared and hunted. Like all half-blood demonlords, he is prone to blood rages in which he loses his humanity a little more each time. He can only delay the inevitable end when he will lose himself forever.

Before that happens, he hopes to find peace, but his quest for a legendary talisman to control the demon inside has far-reaching implications for the world of Derandria. Sought by demonlords to maintain their rule of the world and by humans longing to dethrone their demonlord masters, the Obelisk of Mai'Kari has the power to ignite a war. Je'Rol's final days will determine the fate of a world. 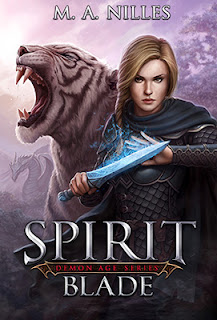 Nadia wants no part of the shevoru, the dark blade that has gained power by possessing the souls of raging half-bloods and monsters she has killed. Since learning the secret of the spell and dagger the sorcerers taught her to use, she has freed herself from its influence and is ready to make the journey to rid the world of its evil by the power of an ancient device.

But the shevoru, the spirit blade, may be the only hope to save the world from annihilation when demons from a forgotten era rise again.