I don't think I've shared any pics of the newest family member. This is the barn-kitten turned housecat that I couldn't resist adopting from a friend's barn...Jack (Sparrow/O'Neill/Samurai (very appropriate considering the little needles on those white paws)/Harkness). All cats in the household are named after SFF characters. "Jack" may seem ordinary, but he's named after many characters we like. 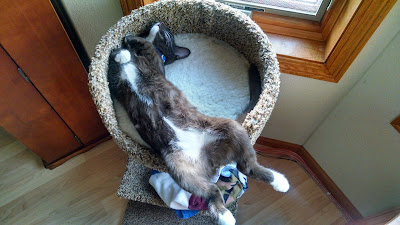 Dargo is not BFFs with Jack, but tolerates him. When Jack plays, he gives Dargo a run for his money. Jack is pretty fierce and very bold, much more so than Dargo. Serves Dargo right for all the times he's been rough while playing with Suki >:) 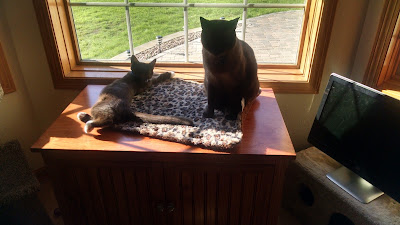 I'm not sure if you can tell, but jack is the prettiest brown tabby with tuxedo markings. 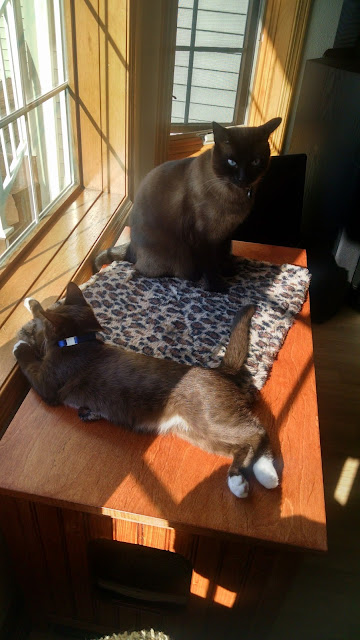 Jack has been with us for a month, has been neutered, and goes in for his final set of kitten shots this week. Litterbox training him was never an issue. Barn-to-house cat was the most natural transition for him. And he was well socialized with humans and other cats so much that he's very loving to the point that I know when it's time to get up in the morning by the cold wet nose and face full of fur shoved into my cheek.
Posted by manilles at 11:32 AM